Songs for the Time Being Vol 1 Review - Irish Music Magazine

"For The Time Being Volume 1, is a gem... holding out the
promise of even more jewels to come in Volume 2."

"This is the first volume in a double set of CDs, which will bring 33 of
Paddy Madden’s songs into the public realm. Volume 1 provides us with 15
of his new compositions. His second volume is scheduled for a May 2022
release. He has assembled a cast of some 15 of Cork’s most famous and
most accomplished musicians for this album, which was recorded in
Blarney. Paddy is a veritable veteran with over 50 years playing Ireland's
genuine Southern rock, in fact his The Sunday Stroller has an opening tag
that could have come from the Garth Brooks playbook..
Where I Am Now, is a pop love song, with backing vocals, harmonies in
the chorus, “this is where I am now, it took a little time but we got here
somehow”. Patrick Street Incident is a much more acoustic number, guitar
and cello painting a picture of Cork’s most famous thoroughfare; the tenor
of the song reminds me of the Kinks’ Waterloo Sunset. Paddy almost talks
his way into The Winds of Change, some nice patches of piano between the
lines on the main verses here. Sometime in April is the slowest song on the
album, a message for a loved one, wishing to share their dust together.
Last Train To Cork City includes the sound of the locomotive's hooter, from
the harmonica of Joe O’Callaghan (with whom Paddy has been making
music since the late 1960s); catch the Tex-Mex middle eight on this one. The
final track and the album’s title For The Time Being, is a gem of miniature
literature, holding out the promise of even more jewels to come in Volume
2. Its inner ambiguity makes the listener think, ‘for the time being’, referring
to the waiting time, awash with the angst of longing for something to
happen, a lover to return, a family member to come back home.
With refugees on the move once again in Europe, this song could be a sad
requiem for the times we are living through. As Paddy sings in the chorus:
“Nothing ever stays the same, everything is changing.” And he gets that
wisdom from his long career in music; he’s a veteran and a true Cork original.
For The Time Being, is a gem of miniature literature, holding out the
promise of even more jewels to come in Volume 2."
Seán Laffey

Songs For The Time Being Volume 1.
Own Label, 15 Tracks, 56 Minutes www.paddymaddenmusic.com

At long last, Cork born singer songwriter, Paddy Madden, has released an album of original songs that reflect experiences of living in the here and now (Songs for the Time Being) as well as perspectives of life and love in Cork City.

“Songs for the Time Being, Volume 1” is an album of 15 original songs (including two co-written with Bill O'Brien) and performed with some of Corks best musicians.
The album was recorded at Blarney Recording Studio, Cork and produced with sound engineer and musician Dave Murphy.

Paddy performed regularly with the guitar band Driftwood until the corona virus restrictions prevented live performances. He went into the studio inviting 14 local musicians to contribute to the arrangements of his original songs. A total of 33 songs were recorded to be released as Volumes 1 and 2.

“Songs for the Time Being Volume 1” has just been released, it is now available to download and purchase at https://paddymadden.bandcamp.com/releases.

Paddy tells us that “the recording process over the past two-year period was a fulfilling and exciting process as my songs began a new life in digital format”. The music sounds familiar and contemporary with fusions of folk rock, simple love songs, rocking pop songs and piano based ballads. Acoustic and electric guitars interchange with saxophones, flutes, cellos, violin and lovely piano playing throughout.

Paddy sings that this is Where I am Now as he strolls through Cork city  in Slow Motion, and we meet the Sunday Stroller with his receding hairline and the Rainbow Woman ‘collecting drops from a sigh’. He describes in Patrick Street Incident how he waits to meet his muse, and how he had a Thousand Dreams and had the blues in Like Falling Rain and recalls his past in Dandelion Days. He reflects contemporary concerns in songs about the Winds of Change and counting down the hours in ‘A Song for the Time Being’. Fans of the Cork band Sleepy Hollow will be interested in listening to Last Train to Cork City as Paddy is enjoying himself performing with that band.

Volume 2  is currently being prepared for release in May 2022.

For more information, promo requests or to set up an interview, please contact patrickmadden04@outlook.com.

Born in Cork, Paddy Madden has lived in various parts of the city throughout his life.

In his youth, Paddy received violin tuition and music theory education at Cork School of Music and was for a while a member of the School of Music’s Orchestra. He was taught his first chords on the guitar by a friend Dick Ryan, who went on to play with a local band called The Method.

His new ablum Songs for the Time Being Vol. 1 is available to download and purchase at https://paddymadden.bandcamp.com/album/songs-for-the-time-being-vol-1

Songs for the Time Being Vol. 1 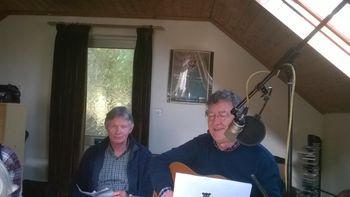 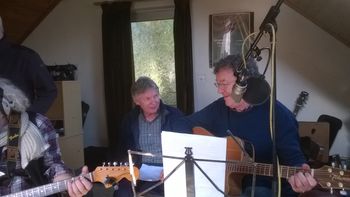 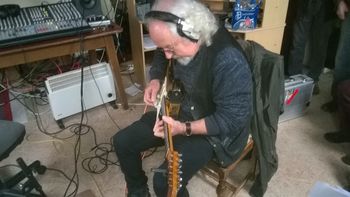 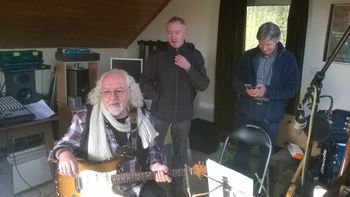 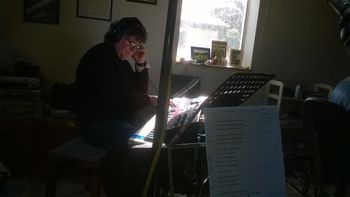 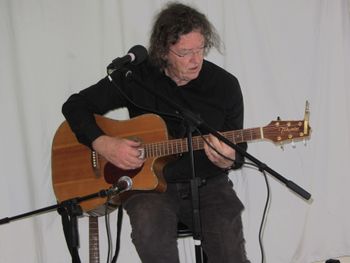